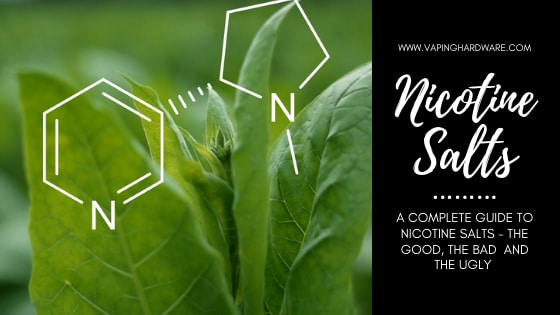 Unless you spent 2018 living under a rock, you’ve no doubt heard of Nicotine Salts.

Well I hadn’t been living under a rock. But I’ll be honest. I had no idea what Nicotine Salts were! Not a clue…

If I had to guess, I would have said they were something a hardcore smoker sprinkled on his chips for a nicotine buzz…

Then one morning, a smoker friend of mine popped over for coffee and proudly told me he’d finally quit smoking and joined the vape side… He had been trying to quit for months using Nicotine Patches with limited success. Eager to help, his wife bought him a new JUUL vaping device complete with Nicotine Salts.

The JUUL device was strange enough to me at the time. Small, sleek and looking like a gadget from a James Bond movie! But what really confused the hell outta me was my friend’s insistence that he was vaping 50mg nicotine…

I chuckled to myself and thought nothing more of it. But then he showed me the e-juice he’d been vaping and sure enough, right there on the bottle; 50mg nicotine strength!

What is this sorcery?!

Surely vaping at that nicotine strength would feel like vaping hot coals?!

A Google search and much head scratching later… It turns out vaping using Nic Salt means you can vape at far higher nicotine strength, without increasing the throat hit!

But how you ask?…

You’re in luck. We’ve written this brief guide to explain what nicotine salts are and the main differences between nicotine salt and ‘freebase’ nicotine. We’ll also take a look at the ‘pros’ and ‘cons’ of each and answer some basic questions…

SO LET’S START AT THE BEGINNING… WHAT IS FREEBASE NICOTINE?

This is the traditional nicotine you’re likely to be vaping right now… Incidentally, it’s freebase nicotine that you’ll find in cigarettes, nicotine patches and nicotine gum.

Basically, nicotine is a chemical isolated from the nightshade family of plants, primarily (but not limited to!) the tobacco plant. 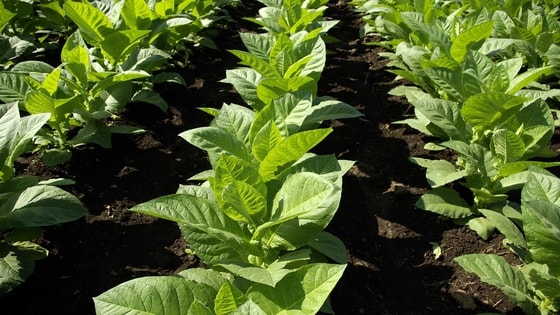 Nicotine derived from the leaves of the tobacco plant has the composition of a salt. In fact, in it’s natural state nicotine salts are produced but these salts are chemically altered to create freebase nicotine and this process is called ‘freebasing’.

Freebasing was first introduced back in the 1960’s by Phillip Morris of Marlboro and was achieved by adding ammonia to the nicotine which increased its strength and addictive content.

This process makes it more effective in reaching the brain to deliver a “Hit”. This in turn increases the PH level (alkalinity) of the nicotine. It is this level of PH that causes the harshness on our throats at high dosage. Freebase nicotine (pharma grade) is the purest form of nicotine, usually 99.9% or higher.

If the unaltered nicotine salts were added to e-liquid, it would need to be vaped at extremely high temperatures for the nicotine to be effective. Even then, the nicotine would still not be as easily absorbed as it is in freebase form. In order to make it effective, the nicotine salt requires this chemical modification.

SO WHAT EXACTLY IS NICOTINE SALT THEN?…

No. They are a soluble liquid, nothing like table salt.

Nic salts are naturally extracted from the tobacco leaf and then ‘freebased’ as previously mentioned. The difference between freebase nicotine and nicotine salts comes in another chemical process; adding Benzoic Acid…

Benzoic Acid has the opposite effect to Ammonia. It lowers the PH level of the freebase nicotine and reduces the Alkaline (Acid). This final process enables a smoother vaping experience at higher levels of nicotine and at a reduced temperature. This form of nicotine is absorbed much quicker into the body and mimics the effects obtained in smoking a normal cigarette.

Nic Salts first hit the headlines back in 2015 when PAX, the manufacturer of the JUUL Pod vaping devices patented the new formula for use in their products. This enabled them to produce small discrete Pod devices at lower power but providing high levels of nicotine (typically 50mg/ml) to the user.

Since the introduction of Nic Salts, many manufactures have followed suit in providing their own smaller devices, such as “Closed Pod Systems” and “Pen Devices”.

It is worth noting that these high strength Nic Salts of 50mg/ml are only available outside of the EU. Yes you’ve guessed it, the beloved TPD legislation……the hand of God, limits us folks to 20mg/ml.

SO SHOULD I USE NICOTINE SALTS?

Nicotine salts are not for everyone.

As mentioned, they’re more suited to the smaller and lower powered devices, such as “Pod” and “Pen” mods, as they can deliver a higher concentration of nicotine at a faster rate without the harshness “hit” on the throat.

If you’ve recently quit smoking and want the instant ‘kick’ you’d experience from a normal cigarette, Nicotine Salts may be the answer! 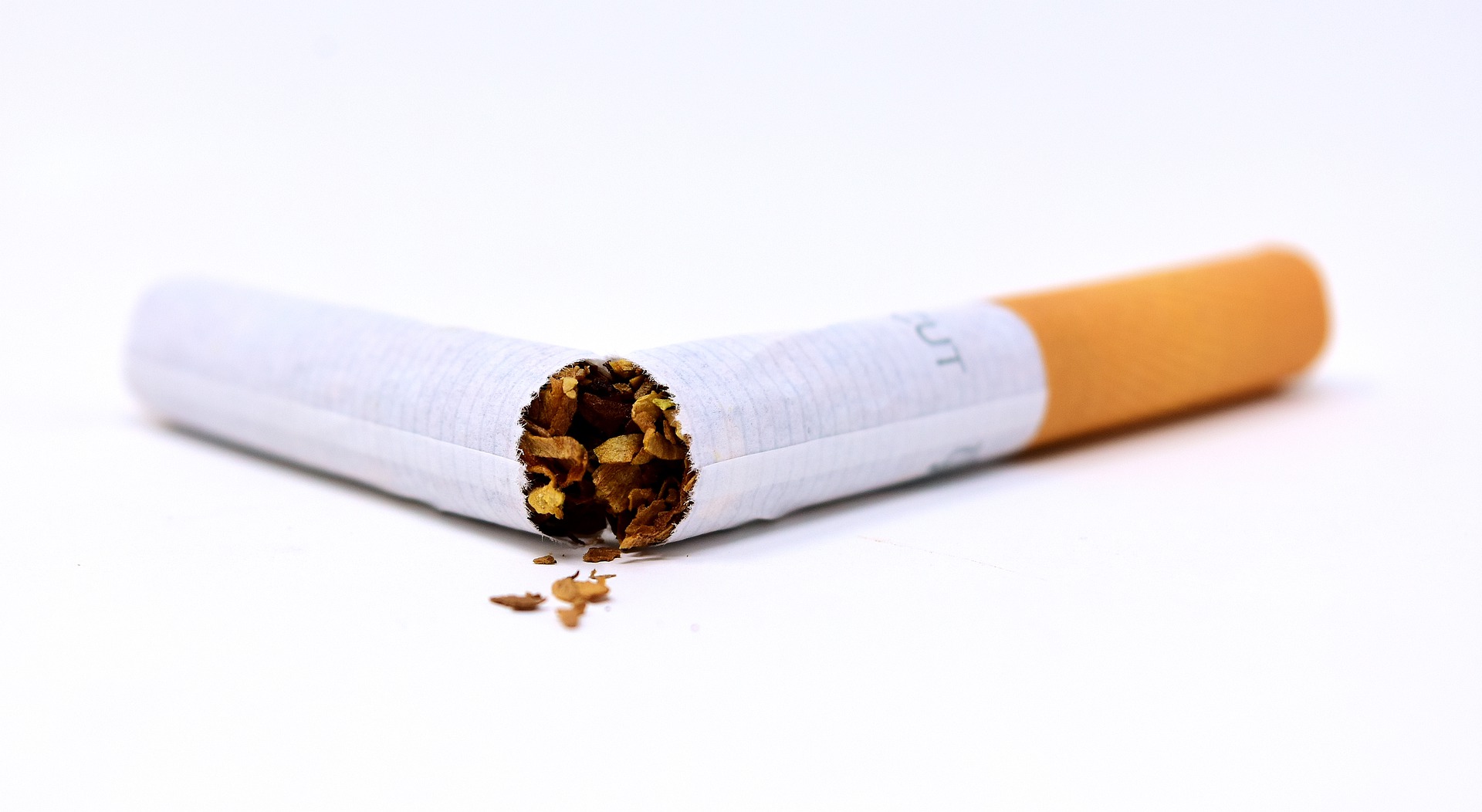 Just keep in mind, Nicotine Salts provide a higher dosage (and faster delivery!) of nicotine! As a result, you’ll find you won’t need to vape as frequently to satisfy your nicotine cravings!

For example, freebase nicotine levels of 6mg/ml (0.6%) are sufficient for most vapers. Nicotine Salts however, can be vaped at up to 50mg/ml (5%).

Only outside of the EU of course!

Using Nicotine Salts at this level will mimic the feeling of smoking a cigarette with very little irritation on your throat. Just remember that vaping for extended periods at higher levels of nicotine may cause headaches and nausea!

CAN I USE NICOTINE SALTS WITH ANY VAPE MOD?

This is where you need to exercise a bit of caution…

As I’ve explained, Nicotine Salts come in a much higher concentration of nicotine, designed to simulate the ‘kick’ from a traditional cigarette.

Because of this increased nicotine strength in Nic Salts (and their ability to operate at lower temperatures!) lower powered Pod devices such as the JULL or “Pen” devices are ideal.

However, I would recommend against using a high powered vape mod with Nic Salts (and the same applies for using RDA’s or sub ohm tanks with Nicotine Salts!)…

Purely because higher powered devices and RDA’s provide more efficient nicotine delivery. Due to the already higher concentration of nicotine you would typically find in Nicotine Salts, using a high powered mod will provide a far greater throat hit and leave you feeling like you’re vaping hot coals!

Nic Salts are no more harmful than traditional freebase nicotine.

Using Nic Salts could potentially be more addictive due to the higher concentration of nicotine and the speed with which they reach the brain receptors. Furthermore, the addition of Benzoic Acid is a slight unknown at present and is under further investigation.

However, you can guarantee that vaping with Nic Salts (or freebase nicotine!) is significantly better for your health than smoking! Just take a look at the recent study from Public Health England proving that vaping is 95% less harmful than smoking…

In a nutshell, yes.

However, it may actually be possible to save money using Nicotine Shots in the long term. Despite the increased price per bottle, when using Nic Salts you would vape at a far higher strength than you would normally vape if using freebase nicotine. By needing to vape less frequently to satisfy your craving, your e-liquid would last longer! 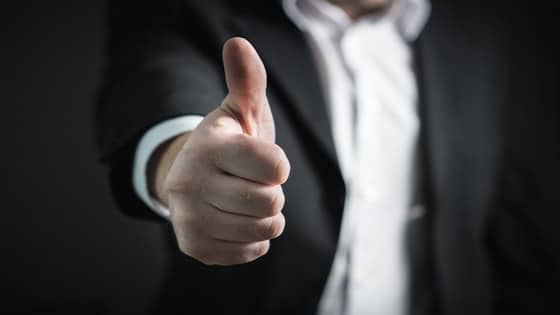 If you use Nicotine Salts and you’ve noticed a difference in how much e-juice you use, please feel free to drop us a comment below!

WHERE CAN I BUY NIC SALTS?

As already highlighted, Nic Salts are in liquid form and within the EU, the laws for these Nic Salts are the same for traditional freebase nicotine. Maximum size is a 10ml bottle, maximum strength is 20mg/ml (2%).

Most retailers are now supplying Nic Salts as an alternative to freebase nicotine and two variants are available:

Wherever you buy your Nic Salts, you’ll need to think about what nicotine strength you need to best satisfy your nicotine cravings!

You’ll also want to take a look at one of our custom built calculators;

‘PROS’ AND ‘CONS’ OF NICOTINE SALTS

So there you have it folks! Although Nicotine Salts aren’t for everyone, I think it’s fair to say they’re here to stay! Please share this post or comment below with your thoughts on Nicotine Salts!