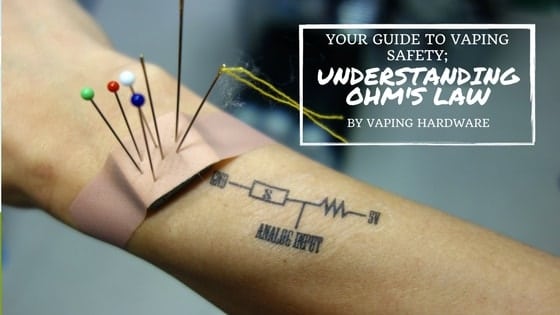 If you’ve been vaping for a while, you’ve no doubt come across the principle of Ohm’s Law and wondered what the hell it has to do with you… Well, today we’re going to be taking a look at exactly what Ohm’s Law is, how it works and why it’s important to understand when venturing into sub-ohm vaping and building your own vape coils.

A basic understanding of Ohm’s law is essential in order to understand the correlation between battery volts, current drain from the battery and coil resistance. “Why” you ask? To put it simply, to ensure you’re not demanding (you diva!) too much from your battery.

The next component of Ohm’s law is current, the units of which are Amperes (Amps); in the formula, current is represented by the letter I. Current is the measurement of the flow of charge in a circuit.

To understand the relationship between these three parameters, the triangle rule will help you remember: 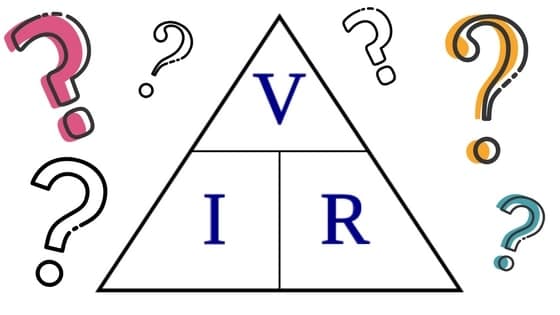 To give you an example using the above, if your battery is fully charged at 4.2V and your coil resistance is 0.5ohms, the current being drained from your battery will be 4.2/0.5 = 8.4 (amps).

So where do Watts play into this?

Wattage is essentially just a measurement of power (P) or energy over a specific time, with the unit of power called a watt (W). To work out power or ‘Watts’ using the quantities of Ohm’s Law, you can use the following:

If you want to work out how many watts you’re vaping at, you simply work out the voltage squared. Let’s have a look at an example…

Then divide the result by the resistance…

In the above example, we’d want to vape at around 11 Watts for optimum performance.

Additionally, you can use the value of the current you’ve worked out previously with either of the remaining two equations (remembering that P = VI simply means power = the voltage, multiplied by the current).

Anything else I need to know? 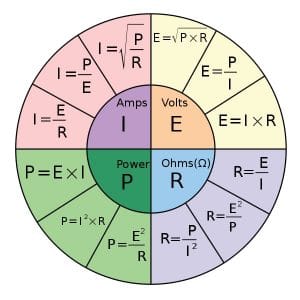 Yes, specifically with regards to resistance.

Resistance is divided between coils, NOT increased. For example, when building and installing two 1ohm coils, the final build resistance will measure at 0.5ohms. The good news; building a second coil and thereby lowering the resistance, will increase the amount of vapour and flavour produced!

So there you have it ladies and gents, it’s as simple as that!

Ohm’s Law isn’t just about the safety of your build and batteries (although battery safety is important!). Understanding the principles in this guide can also improve the performance of your device, influence your choice of wire type or battery and even help you ‘cloud or flavor chasers’ create the perfect setup!

“But this seems like a lot of work” I hear you cry!

Well, if you’re already comfortable with battery safety and sub-ohm vaping, just head on over to our Ohms Law Calculator and we’ll do all the hard work for you! Just input the values of voltage, watts, resistance or amps you’re working with and our calculator will tell you if your setup is safe for the battery you’re using.