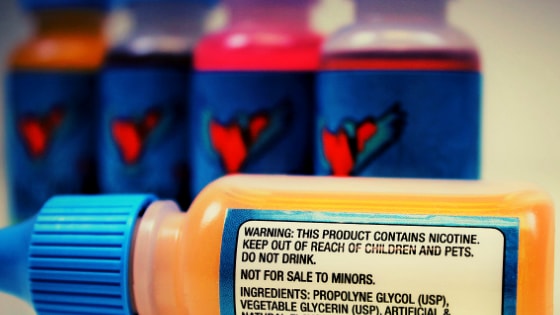 Choosing what nicotine strength to vape is probably the most important decision you’ll make as a new vaper… Pick a nicotine strength too low and you won’t satisfy your nicotine craving. Go too high and you sacrifice the flavor of your e-juice and drastically increase the intensity and throat hit.

Doing a bit of research and settling on the right nicotine strength for you is crucial if you want to switch from smoking to vaping successfully.

So you’ve decided to quit smoking and switch to vaping… You’ve just spent the last hour online choosing a vape mod, a tank and a flavor you just know you won’t be able to put down…

But there’s a problem…

That flavor of e-juice is available in half a dozen different nicotine strengths and you’ve no idea where to even begin!

Keep reading and we’ll go through the basics, answer a few common questions and help you decide what nicotine strength would be best for you…

Basically, nicotine is a chemical isolated from the nightshade family of plants, primarily (but not limited to!) the tobacco plant.

For those of you wondering where you’ve heard of the nightshade plant family before, it’s what you’re tucking into when you eat a baked potato, red pepper or tomato (as well as several other foods!).

Originating in America, the tobacco plant is thought to have been used for medicinal and recreational purposes for over 2ooo years.

Nicotine acts as a stimulant, increasing your breathing, heart rate and blood pressure.

Which is why users of nicotine experience a ‘buzz’ or a sudden rush, especially new users.

Use of nicotine also releases ‘positive’ chemicals in the brain, increasing feelings of contentment and euphoria.

Extensive studies have even shown that nicotine can increase alertness, concentration and memory ability!

BUT IS NICOTINE DANGEROUS?

The bad news is we don’t know for certain…

It should come as no surprise to hear that the most popular method of ingesting nicotine is by smoking cigarettes.

And we all know that cigarettes are bad for you. However, cigarettes actually contain over 7000 chemicals, only one of which is nicotine…

In terms of whether nicotine itself is dangerous, the jury is still out on this one… There are studies showing the positive health benefits of nicotine AND studies concluding that nicotine is bad for you.

The good news is that switching from smoking to vaping is significantly better for your health.

A report published by Public Health England (a highly experienced group of scientists and health officials) confirmed that vaping is at least 95% less harmful to your health than traditional cigarettes.

Just keep in mind that one thing we do know for certain… Nicotine is highly addictive.

Ok, so with that out of the way…

WHY IS THE NICOTINE STRENGTH OF YOUR E-JUICE SO IMPORTANT…

Choosing the right nicotine strength can actually ‘make or break’ your attempt to successfully switch from smoking to vaping.

For many smokers (especially heavy smokers!) vaping has to be ‘just right’ and satisfy the sometimes intense nicotine cravings you experience when ditching the cancer sticks.

SO RULE NUMBER ONE… 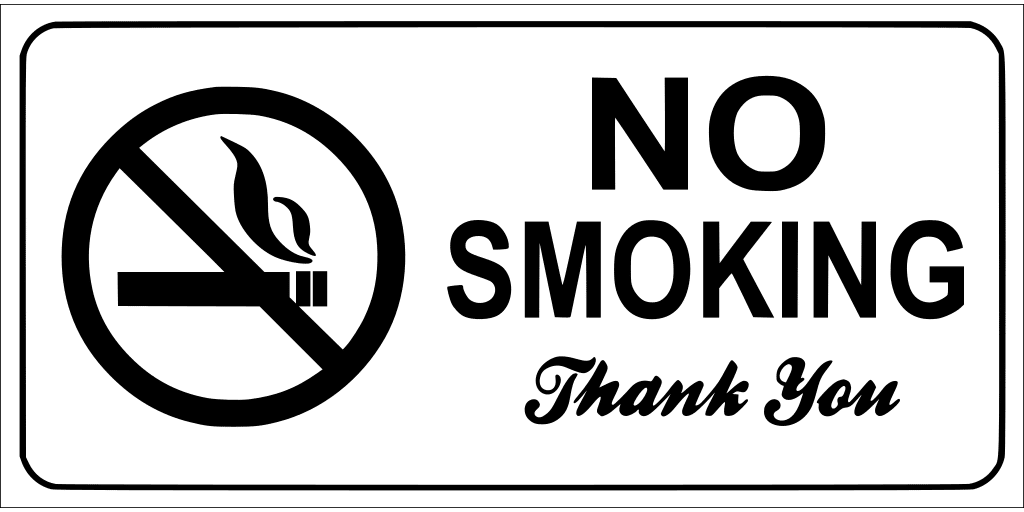 There’s one other reason it’s important to choose the right nicotine strength and that’s how vaping ‘feels’ for you.

In order to successfully switch from smoking to vaping, it’s important to replicate the sensation of actually smoking a cigarette.

This is the number one reason I hear in terms of why vaping wasn’t successful as a smoking cessation tool and it’s something that is easily solved by making sure you’re using the right nicotine strength e-juice.

Simply put, the nicotine strength of your e-juice plays a large role in the throat hit you get when you vape.

The higher the nicotine the greater the throat hit. Not such an issue for those social vapers but for those of us eager to mimic the throat hit you get from a traditional cigarette, finding the right nicotine strength is key!

Make sure to pick a nicotine strength that replicates the feeling and throat hit you get when smoking a cigarette. A no-brainer, but again this is something that many overlook and unfortunately wind up slipping back into the clutches of the tobacco companies!

NICOTINE IN CIGARETTES; HOW MUCH WAS I GETTING?

So how much nicotine is in a cigarette compared to vaping?… 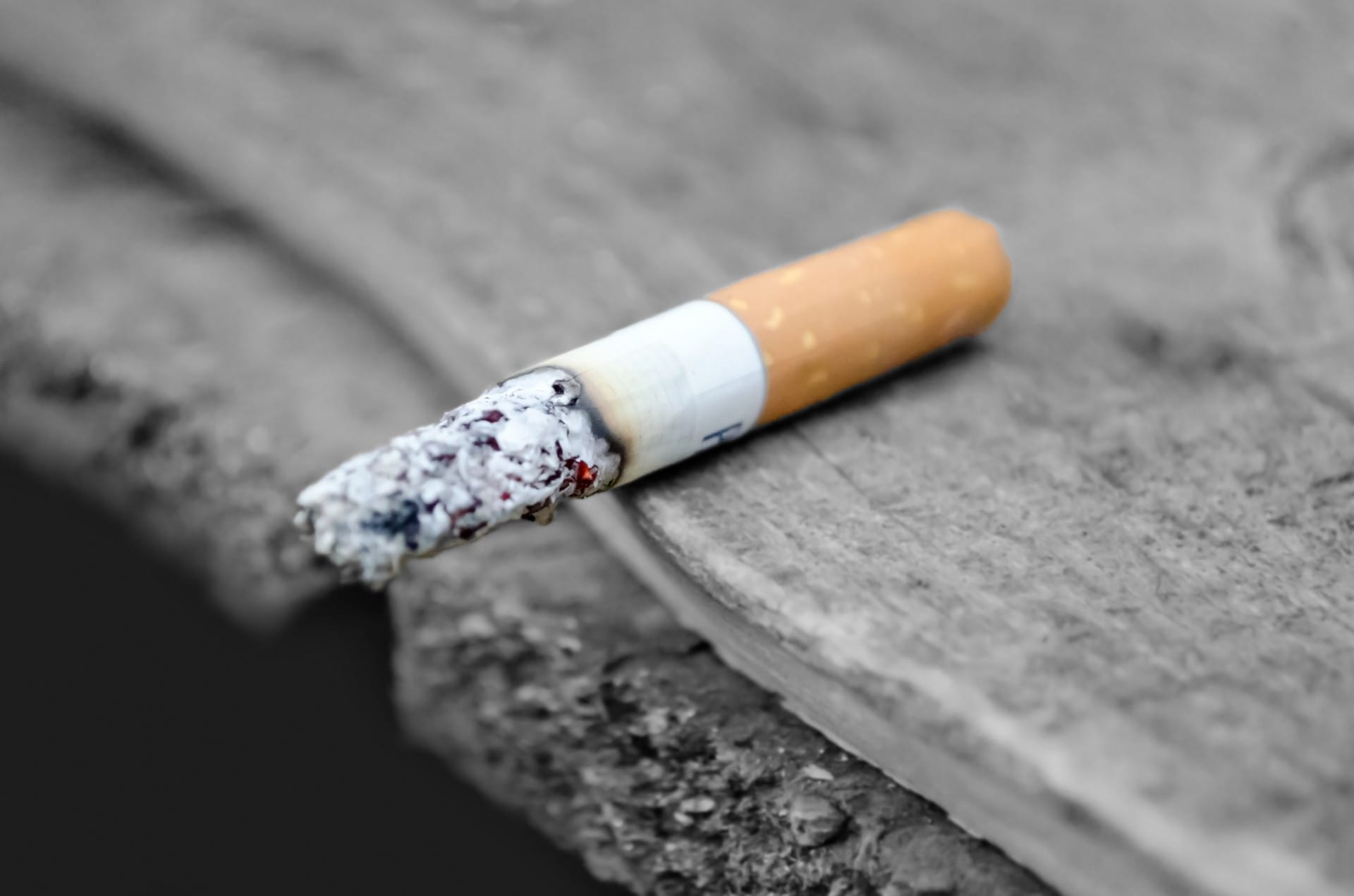 But to keep it simple, the average cigarette contains about 12mg of nicotine.

You don’t actually absorb anywhere near that amount per cigarette.

Not only do you often not smoke every last millimetre of the cigarette, you take breaks in between each ‘puff’.

You also release a large portion of the nicotine via the cigarette smoke you exhale.

On average, you actually only absorb roughly 1mg of nicotine per cigarette.

So now you know how much nicotine a cigarette contains, you just need the equivalent amount in e-juice right?…

It’s not quite that simple…

The thing is you don’t absorb nicotine from a cigarette in the exact same way as you do when vaping.

In a study back in 2014 it was discovered that vaping delivers less nicotine into the bloodstream than traditional cigarettes.

Other factors also determine how much nicotine you absorb when vaping, such as the device you’re using and how you inhale.

That same study actually discovered that higher powered vaping devices significantly increase nicotine levels when compared to the earlier (low output) devices back in the day.

It’s also worth keeping in mind that regardless of whether you smoke or vape, the amount of nicotine you absorb will vary depending on how often you ‘puff’ and how deep you inhale or breath the smoke or vapor.

SO WHAT NICOTINE STRENGTH DO I NEED?

Nicotine in your e-liquid is most often expressed as milligrams per millilitre (mg/ml). However, you may also see it measured as a percentage. For example, 12mg/ml nicotine strength will be listed as 1.2%.

Zero nicotine e liquid; perfect for non-smokers or casual vapers not wanting to get hooked on nicotine.

Personally, I find 0mg nicotine e-juice provides the ‘cleanest’ flavor and is therefore a popular choice for flavor chasers.

Also popular among vape tricksters as they need to be chain vaping to practice and perform their vape tricks!

A low level of nicotine e liquid; 3mg is ideal for light or casual smokers wanting to try vaping.

This is often the lowest level of nicotine e-liquid available before you hit nicotine free juice.

A low to medium level of nicotine e liquid; 6mg is a great starting point for regular smokers who switch to vaping.

6mg e-liquid is a popular choice and provides a decent throat for light – average smokers.

A slightly harsher throat hit, 12mg is perfect for those looking to replicate the sensation of smoking a cigarette.

Medium to high nicotine e liquid strength; 18mg is perfect for heavier smokers, ideally those of you used to smoking more than a pack a day.

18mg/ml nicotine strength is usually the highest you can buy within the EU due to the restrictions placed on the sale of nicotine. Outside of the EU however, the following common nicotine strengths are available…

A high level of nicotine e liquid; 24mg provides a strong throat hit and is for those heavy smokers used to smoking two or more packs of cigarettes a day

Extremely high nicotine e liquid strength; 36mg provides a very harsh throat hit and is not recommended for anyone other than chain smokers.

Just remember, when deciding what nicotine strength to vape you need to keep a few things in mind…

You can work out your ideal nicotine strength depending on your smoking habits and frequency (using the above as a guide) but you will want to adjust it based on the vaping device you’re using.

As mentioned previously, the more powerful the device, the more efficient the nicotine delivery and the more nicotine you absorb.

To keep things simple I would suggest deciding what nicotine strength to vape and then cutting that in half if you’re using a high powered vaping device.

WHAT ABOUT NICOTINE SALTS?

Nicotine salts were originally developed by Juul Labs and have been rising in popularity ever since.

With a smoother throat hit and claims of a more satisfying vaping experience, it’s not hard to see why nicotine salt e-liquid has the vaping world in a frenzy…

The basic principle is this; nicotine salt is a more stable form of nicotine that forms naturally in leaf tobacco.

Usually this nicotine salt would require higher temperatures to properly vaporize and as such isn’t ideal for vaping.

However, let me introduce you to a chemical by the name of Benzoic Acid…

Benzoic Acid not only significantly reduces the temperature requirements for vaporizing the nicotine salts, it also alters the PH levels in the nicotine which provides a smoother throat hit.

Because nicotine salts provide a much higher nicotine content (anywhere from 20-50mg or higher!) and satisfying throat hit without being too harsh, they’re the ideal choice for those looking to replicate the sensation of cigarette smoking!

We’ve got a total guide to nicotine salts on the way in which we’ll be going in to much more detail, so be sure to check back for that!

And that’s it! Hopefully you now know what nicotine strength to vape and you can order your perfect e-juice!

If you’re buying e-juice and you need to know how many nicotine shots to add, take a look at our Nicotine Shot and Shortfill Calculator!

If you’re mixing your own e-juice rather than buying pre-mixed, take a look at our E-Liquid Calculator!